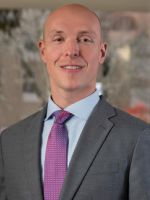 John Skevington is the Chief Executive Officer of Parkland Medical Center, an 86-bed regional acute care hospital with a Level III Trauma Center in Derry, NH. He is responsible for Parkland's operations in a primary service area of thirteen New Hampshire towns covering over 170,000 lives. John has been with HCA Healthcare for 13 years and has previous experience at Parkland Medical Center as the Chief Operating Officer. He most recently held the position of Chief Operating Officer at Portsmouth Regional Hospital.

John received a Bachelor of Science in Health Science from Truman State University and his Masters in Health Administration from the Medical College of Virginia. He began his career at Hospital Corporation of America (HCA) as an administrative resident at HCA LewisGale Montgomery in Blacksburg, Virginia. 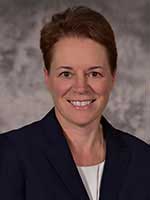 Eileen is a member of the New Hampshire Organization for Nurse Leaders and serves on the Nursing Advisory Boards for Manchester Community College, Rivier University and Southern New Hampshire University.

Prior to joining Parkland, Eileen spent 15 years at Beth Israel Hospital in Boston, Massachusetts. Eileen earned a Bachelor of Science in Nursing from Boston College, a Master of Nursing from the University of New Hampshire and is currently pursuing a Doctor of Nursing Practice degree. 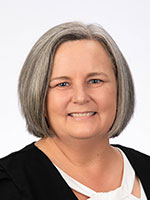 Joan has an accounting degree from Franklin Pierce University. She began her career as a staff accountant at Osceola Regional Hospital in Kissimmee, Florida, and joined the HCA Healthcare Executive Development Program in 2022. During her tenure with HCA Healthcare, Joan has worked at four hospitals across three divisions. 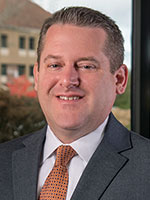