Know the Signs and Symptoms of Lung Cancer

But the good news is that the earlier lung cancer is identified and treated, the better the odds of survival. The challenge is finding it in its early stage – which can be difficult because most lung cancers don’t cause noticeable symptoms until the disease has spread to other parts of the body. Being aware of risk factors that might predispose you to lung cancer and knowing some of the common signs and symptoms of lung cancer can increase the odds of it being discovered at an earlier, and potentially more treatable, stage. 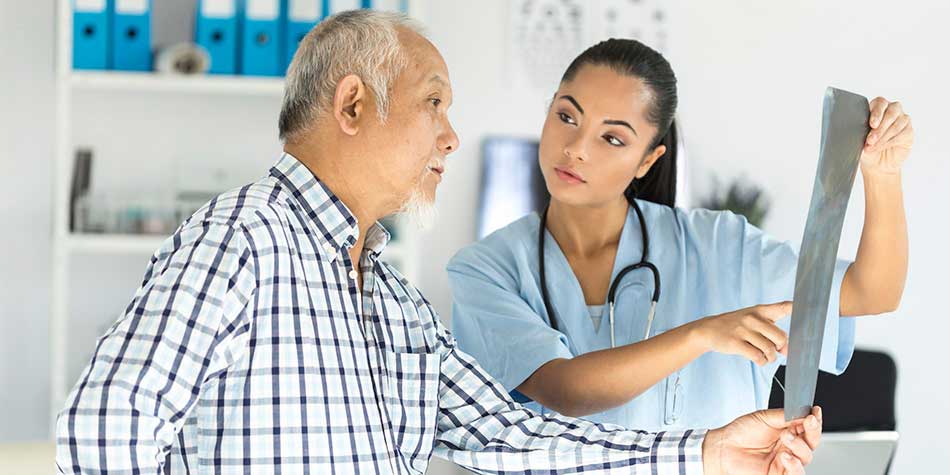 Keep in mind that lung cancer can still develop even without these risk factors present. That is why recognizing symptoms is so critical.

Lung cancer can cause symptoms that are linked to breathing such as:

Other symptoms more commonly appear after the lung cancer has spread. These include:

If you are experiencing symptoms, talk to your doctor about screening tests such as a sputum cytology or low-dose spiral CT scan. Learn more about screening for lung cancer.

High Cholesterol: What You Should Know

August 15, 2018
Colorectal cancer is one of the most common cancers diagnosed each year in the United States. Learn more about colon/rectal cancer and what you...
Next Post
Back to blog home

What is lung cancer?

What You Need To Know About Lung Cancer Screening