Intermittent Fasting: What Really Happens to Your Body 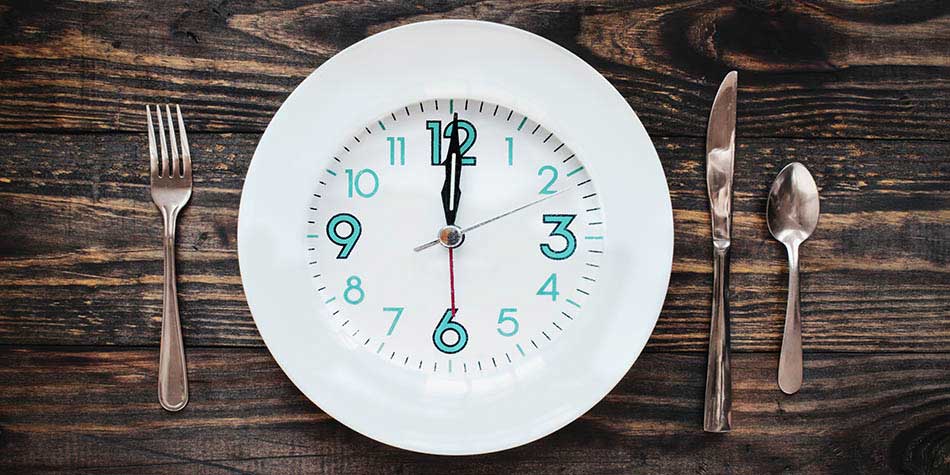 Diet trends come and go. Few stay popular for long, and even fewer are real keepers—healthy, sustainable eating plans designed to keep weight off and promote good health. In that latter sense, intermittent fasting (IF) has potential.

During IF, you voluntarily stop or greatly limit eating and drinking for set periods. There are no special meals or work-intensive prep—you just avoid food at certain times. Devotees, like talk show host Jimmy Kimmel and actress Halle Berry, often find that IF takes pounds off quickly while revving energy.

But, as scientists increasingly suspect, the advantages of IF could extend beyond weight loss and extra oomph. Some early studies, mostly on animals, suggest that IF may boast a range of health benefits, including a lower risk of many chronic diseases.

Much more research is needed, though—and if you’re going to try IF, you should follow certain rules, says Ahmet Ergin, MD, an HCA Healthcare endocrinologist. He says if you do it right, it may improve your wellbeing, but “if you do not, it may actually harm you.”

Here’s what we know about IF so far—what it is and how it affects your body, along with tips should you choose to try it.

Your body on intermittent fasting

Fasting isn’t new. Humans have been doing it for ages, often as part of cultural celebrations or religious observances, such as the Muslim holy month of Ramadan. We also fast for medical reasons, before certain tests and procedures.

While different types of fasting have different rules, intermittent fasts typically follow the same basic principles: Restrict your calorie intake during some periods and eat normally at other times. Like any diet, this decreases your overall calorie count—but it promotes weight loss in another way, too.

Here’s how it works: Whenever you eat, you get energy from the glucose (sugar) in your food. Insulin, the hormone produced in the pancreas, helps deliver glucose to your body’s cells. There, glucose is either used immediately for energy or stockpiled to access later.

“When you do not ingest carbohydrates or any sort of energy, your body immediately reduces insulin production,” says Dr. Ergin. If your insulin levels drop far enough, your body uses the stored glucose in your cells for energy. Once those are gone, it starts feasting on fat. This helps you slim down.

And many people do drop pounds on IF, at least at first. However, the typical weight loss is fairly minimal, and as with all diets, the weight tends to come back once the diet is over. On average, participants examined in one 2018 meta-analysis lost just 0.38 percent of their body weight over 24 weeks. That same year, another randomized controlled trial found that overweight or obese participants lost 7.1 percent over 12 weeks on IF, but had gained almost 2 percent back about 9 months later.

Popular types of IF

There’s no single way to do IF, and it’s not certain that any method is more effective than another for short-term weight loss. That said, many people choose one of these approaches or some variation of them:

Those interested in IF should know: Long periods of deprivation could make it harder to stick to than other diets. Though some find IF tolerable, trials show dropout rates as high as 40 percent.

There’s also concern people may overeat when a fasting period ends. That’s not healthy, Dr. Ergin says, “and you are basically negating all the benefits you have collected by fasting.”

Finally—and perhaps most significantly—research hasn’t shown it’s better for weight loss than other calorie restriction eating plans. In studies, people tend to lose the same amount of weight on either type of diet.

How IF may improve your health

Some experts believe IF could boost health in multiple ways. However, research on humans is early and limited. Most studies on the health perks of IF have focused on animals so far.

What’s more, it’s often unclear how much benefit comes from IF’s effects on body chemistry, versus how much comes from weight loss. And in general, there isn’t significant proof that IF is better for your health than other weight-loss plans.

That said, IF may help the following:

As you would before starting any new diet, speak with your healthcare provider (HCP) for guidance. They can help you decide whether IF is the right plan for you, and give you a heads up about potential pitfalls and health hazards. Let your HCP know if you’re on medications, as well, since IF can mess with them.

If you go ahead and try IF, experts recommend starting slowly and working your way up to longer periods without food. Some people may experience side effects like headaches, lightheadedness or mood changes at first, but fans claim they should disappear as you get used to it.

Remember to stay hydrated during your fast, Dr. Ergin says, since people who eliminate meals may neglect drinking water, as well. “That can lead to dehydration and kidney problems, especially in patients already having baseline kidney problems.”

Also, keep in mind you should follow a nutritious eating plan for times you aren’t fasting. Emphasize wholesome foods like produce, lean protein, legumes, whole grains and good-for-you fats. Try to avoid binging on junk food when a fasting period ends. “When you overeat, you are actually harming yourself more than you’re helping yourself,” Dr. Ergin says.

Be aware: Though IF is likely safe for most of us in the short term, ditching meals and drastically slashing calorie intake can be harmful to some, including:

Finally, understand that the long-term safety and effects of IF aren’t well understood. And, says Dr. Ergin, “No matter what diet you go on, if it’s short-term and it’s not maintained, it has no long-term [benefits].” So if you attempt IF, do so with your eyes open—and your HCP by your side.

A focus on men's health

How Can I Help My Child With Asthma?

May 27, 2019
Does your child suffer from asthma? Learn 6 essential steps to keeping your home safe for your child.
Next Post
Back to blog home

7 signs it's time for knee or hip replacement surgery

Do you need to see an electrophysiologist?

"Back to School" safety and wellbeing during COVID-19

Tips to keep you and your family healthy during the holidays