How to avoid the highly contagious stomach flu 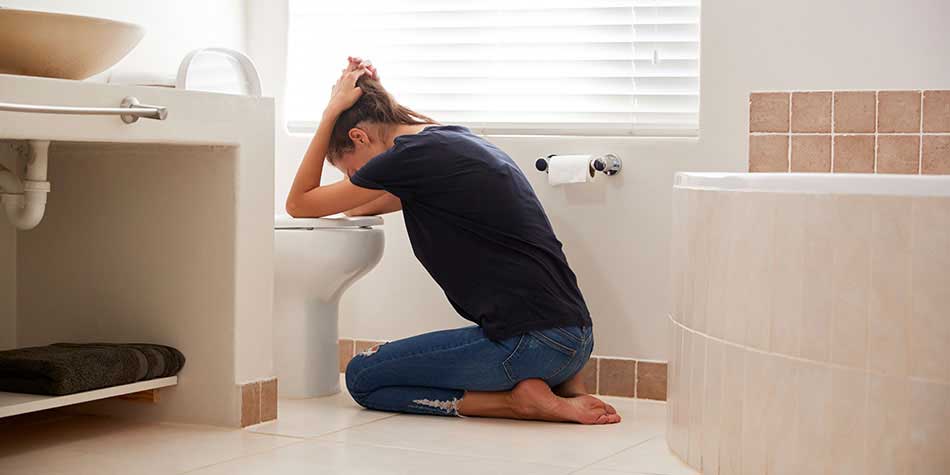 Sometimes it seems like kids and germs go together like peanut butter and jelly. And once summer comes to an end and a new school year begins, many parents brace for the inevitable: “stomach flu.”

It’s important to note, however, that this gastrointestinal misery, which seemingly spreads like wildfire, has nothing to do with the flu – the respiratory illness caused by influenza viruses. Kids or adults with stomach flu most likely have gastroenteritis, or inflammation of the lining of the intestine. It can be caused by a variety of microscopic bugs, but in most cases the culprit is norovirus.

In fact, norovirus is the most common cause of acute gastroenteritis around the world. In the United States, it’s responsible for about 20 million cases of gastroenteritis each year. Nearly two million people seek help from their doctor for a norovirus infection annually and some 400,000 people (mostly young children) end up in the emergency room, according to the Centers for Disease Control and Prevention.

Norovirus is highly contagious but there are some steps you can take to help reduce your risk of infection, and – if you do get sick – how to manage your symptoms.

In the United States, viral gastroenteritis is the second most common illness. In most cases, it’s caused by norovirus. Why is this infection so prevalent?

Norovirus is the most common cause of acute gastroenteritis because anyone can be affected – children and adults. It’s also very easy for infected people to spread the virus to others. People can shed billions of particles of the virus, and it really only takes an extremely small amount – as few as 18 viral particles – to make another person sick.

How do people become infected with norovirus?

This infection spreads through what’s known as fecal-oral transmission. This means that the virus is shed after you have a bowel movement. Then, something as simple as not washing your hands well enough can spread the virus to others, either directly or by touching and contaminating surfaces. People can also get norovirus from exposure to contaminated foods, particularly leafy greens and fresh fruits as well as oysters and other shellfish. If someone with norovirus is throwing up, they could also spread the infection through tiny airborne droplets that contain viral particles.

Why does norovirus seem to be more prevalent in the fall and winter?

The prevailing theory, particularly in northern parts of the U.S., is that people tend to be in confined spaces more often during colder months. Being indoors in more crowded, shared spaces allows the virus to spread more easily.

Anyone can get sick from norovirus, but are certain people at greater risk for infection?

People who are immunocompromised are definitely at greater risk. This includes those with cancer, people who are HIV-positive and patients taking high-dose steroids or another type of medication that weakens their immune system. But really anyone who's living or spending time in a crowded, confined space, such as a dormitory, cruise ship, community center or childcare center, is more likely to be part of an outbreak.

If norovirus is so common and contagious, is there anything people can do to help reduce their risk for infection?

The best way to protect against norovirus is to wash your hands with soap and warm water for at least 20 seconds. Make sure that you rinse off all fresh fruits and vegetables before you eat them. If you're at all concerned about norovirus infection, make sure you're also cooking these foods thoroughly. Make sure all shellfish you eat are cooked as well because they can also transmit the virus due to how they're harvested and grown. Anyone with a norovirus infection should also not prepare food for others until at least 48 hours after their symptoms resolve.

If someone in your household is sick, make sure this person isn’t in close contact with others and isn’t sharing plates, cups or utensils. You should also clean bathroom and kitchen countertops as well as other commonly touched objects, such as doorknobs and light switches, with a bleach-based household cleaner, or other disinfectant that’s approved by the EPA [Environmental Protection Agency] for use against norovirus. The virus can remain on surfaces for up to two weeks.

In this day and age, we all love our hand sanitizer because it's so easy and convenient, but alcohol does not kill norovirus. So, just using hand sanitizer actually won't stop it from spreading. Norovirus can also withstand freezing temperatures, heat up to 140 degrees Fahrenheit and disinfection with cleaners that just contain chlorine. When it comes to preventing norovirus, cleaning with bleach is the recommendation.

If someone is infected with norovirus, what symptoms could they expect to develop?

People usually develop symptoms one to two days after they’ve been exposed. Nausea, vomiting and diarrhea are the most predominant symptoms associated with this infection. Some people may also have a headache or feel generally achy. Norovirus is sometimes associated with a low-grade fever of around 100.4 to 101 degrees but not always. People with norovirus may also have some stomach cramping and belly pain. If you're running to the bathroom several times a day, you could imagine that your gut is working really hard.

How long do these symptoms typically last?

Norovirus symptoms usually last for about 48 to 72 hours. Those with a cold or some other viral illnesses usually feel bad but then gradually start to feel better over time. People with norovirus, on the other hand, usually have a pretty rapid recovery. They tend to be really sick and then suddenly start feeling better. They might wake up in the morning and say, "Hey, okay. It's gone. I feel better."

If someone is vomiting or having diarrhea, when does dehydration become a more serious concern?

It’s definitely important to be on the lookout for signs of dehydration. It’s probably why most people with norovirus end up in the emergency department or at their doctor's office. Norovirus can prevent people from keeping food and fluids down. But if things keep coming out and people can’t put anything back in, they’re not able to replenish the fluid they lost.

Symptoms of dehydration include having a dry mouth or dry, shriveled skin. Little kids may seem to be crying but no tears are coming out. When babies or toddlers are having half the number of wet diapers than they normally have or fewer, we’ll be concerned about dehydration – especially if they’re also unusually sleepy or fussy. Older kids and adults can tell if they’re getting dehydrated by checking the color of their urine. If it's a clear to a light straw yellow, that means you're probably still well-hydrated. Having dark yellow or an orangey or amber-colored urine is a sign that you're getting dehydrated. Other warning signs of dehydration include listlessness, dizziness or lightheadedness.

How can you tell the difference between norovirus or another more serious issue that requires medical attention?

People should see their doctor if there's blood in their vomit or in their stool. That is a more serious warning sign. It’s also important to see your doctor if your symptoms last longer than one week or if you have a fever higher than 103 degrees. That's a little bit more concerning and could suggest that something else might be going on. People who feel like they're dehydrated or have so much abdominal pain that they can't tolerate it definitely need to go see their doctor or go to the emergency room.

Is there a specific treatment or “cure” for norovirus?

No, unfortunately the infection just needs to run its course. If you’re dehydrated and you can't keep anything down, you should talk to your doctor. You may benefit from medication to help you stop throwing up, or you may need some IV fluids. People with diarrhea may be tempted to take some over-the-counter anti-diarrhea medicine, but you definitely want to consult your doctor first. If the infection is anything more serious than the norovirus, using a medication to decrease the number of times you're using the bathroom could actually make things worse, particularly if you have a bacterial infection.

So, are there any ways people suffering from norovirus can ease their gastrointestinal distress?

Yes, definitely. The most important thing is to keep yourself well-hydrated. Staying hydrated is very important for anyone with norovirus. Try taking small sips of broth or sports drinks – not big gulps. You don't have to drink a full glass at a time. Take a couple of sips then 30 minutes later take another couple of sips. That's really all that's needed. You want to avoid sodas and fruit juices with high sugar content, which can actually make your diarrhea and nausea worse. If you have young children, it’s a good idea to keep Pedialyte or another oral hydration solution on hand.

If you do feel like you're getting hungry, the old recommendation was to stick to bland foods, like bananas, rice, applesauce, toast. But the evidence behind that advice is not great. You should eat whatever sounds good to you that you think your stomach can tolerate.

When is it safe for kids or adults who’ve recovered from a norovirus infection to return to school or work?

Even after your symptoms improve, you continue to shed the virus and can infect others. So, once you start feeling better and your symptoms begin to resolve, it’s important to stay home and not return to school or work for another 48 to 72 hours.

Organizing hacks for a peaceful 2020

December 16, 2019
The holidays are supposed to be enjoyable, but often stress gets in the way. Practicing mindfulness can help. Here's how.
Next Post
Back to blog home

COVID prevention after a vaccine

The Not-So-Sweet Side of Eating Too Much Sugar

What Types of Mental Illness May Lead to Suicide